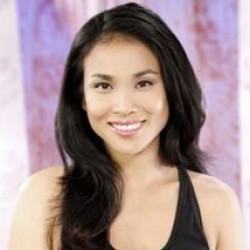 In the mid-1990's a number of insurance fraud investigators representing major UK insurers joined together to discuss the increasing problem of fraud against the UK insurance industry.

It quickly became apparent those investigators were frequently dealing with the same people who were attempting to systematically defraud several Insurers.

Members of the Group therefore developed a network and process for sharing of criminal intelligence for the purpose of fraud prevention and investigation.

In 1999 the group, assumed the title of Insurance Fraud Investigators Group (IFIG).

At that time IFIG was affiliated to the ABI Crime and Anti-Fraud Bureau. In 2001, the ABI reaffirmed its key objective as being a strategic organisation. IFIG then developed an independent identity dedicated to the prevention and investigation of insurance fraud in the U.K.

Since that time, IFIG’s membership has grown rapidly and now stands at over 320 member organisations, consisting of Insurers, Investigators, Loss Adjusters, Lawyers and Law Enforcement. In October 2008, IFIG was granted SAFO status under the Serious Crime Act 2007.

All IFIG members are committed to the organisation’s key aims of :

In order to achieve its objectives, IFIG has developed close associations with the ABI, Insurance Fraud Bureau,law enforcement agencies and regulatory bodies including the FSA, SIA, SRA and Ministry of Justice Claims Management Regulator, many of whom benefit from honorary IFIG membership.

As IFIG continues to grow its vision of assisting the UK Insurance Industry to defeat fraud becomes ever more achievable. It is clear our efforts are having a severe deterrent effect on insurance fraudsters.